By dslhwf | Uncategorized | No Comments

Washington, DC – Today on International Workers’ Day, Ambassador Danielle Saint Lot formally launched a new U.S. based non-profit organization to empower Haitian women through the promotion of social entrepreneurship and leadership development to prepare them to succeed locally and in the global marketplace. The signature program of the Danielle Saint Lot Haiti Women’s Foundation is the Business Academy, a one-year program to teach entrepreneurs in the agribusiness and craft sectors modern techniques.

“Women are the key to rebuilding Haiti. I am thrilled to embark on this important effort to make innovative strategies and 21st century solutions available in order to better enhance distribution and production capability, and expand access to capital so that women in Haiti can begin to export. An exciting component of this venture is the Haitian Women’s Business Academy, which at its core is part of the larger world movement to advocate for the missing middle in the marketplace, which is women owned SMEs, and grow the creative economy,” said Ambassador Saint Lot, founder of the new foundation.

An international champion of women’s rights, Ambassador Saint Lot is a member of Vital Voices’ Global Advisory Council and serves as a member of the Coca Cola Company’s Steering Committee for the Haiti Hope Project, which supports mango farmers.  Additionally, she is the granddaughter of Haiti Ambassador Emile Saint Lot, who at the birth of the United Nations in 1945 served as Haiti’s first UN Ambassador, a member of the Security Council, and is credited with casting the deciding vote to make Israel a state in 1947.

Ambassador Saint Lot continues that legacy of social justice advocacy. “We need more resources to create greater economic opportunity for women in Haiti and increase the capacity of these dynamic SMEs, farmers, artisans, and entrepreneurs so they can reach their full potential and support their families and communities,” she added.

Ten enterprises have been selected to participate in this fall’s inaugural academy. The Foundation’s initiatives are implemented in Haiti. Its partners include The Raben Group and Small Axe Communications.

(www.HaitiWomensFoundation.org): The Danielle Saint Lot Haiti Women’s Foundation, a U.S. based 501(c)(3) organization empowers Haitian women and prepares them to compete in the global marketplace. It also makes leadership activities available on critical topics, such as gender equality to advance social and economic rights for women. Its signature Haitian Women’s Business Academy trains small business owners in the agribusiness and craft sectors to foster capacity building and optimize the supply and value chains.

OPINION: WHY WOMEN ARE KEY TO HAITI’S RECOVERY

By dslhwf | Uncategorized | No Comments 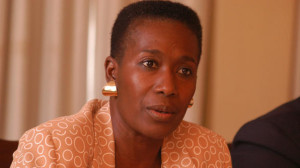 Three years after the devastating earthquake, Haitian women are not only back on our feet, we are working to create a country of peace, justice, and social and economic opportunity for all.

2012 was productive in many ways. To rekindle hope in Haiti’s future, a coalition of key organizations and female leaders from every part of the country — including every economic status and every background — came together to draft a document called the “‘Haitian Women’s Policy Platform for the Reconstruction of Haiti.”

More from the Foundation:

The Danielle Saint-Lot Haiti Women’s Foundation is a non-profit that seeks to bridge
that gap to fill the “missing middle”. The goal is to empower Haitian women through the
promotion of social entrepreneurship, leadership skills, and professional development.
The Foundation equips women-owned enterprises to align with global trends and grow
the creative economy. It has launched the #SmartFanm movement which aims to
unleash women power through innovation and technology, starting with Clean Energy.